Why Do Pigeons Thrive in Urban Areas? 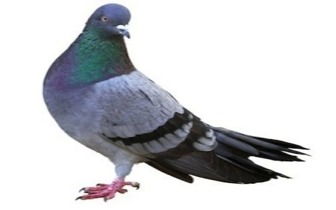 We have all seen the pictures of Trafalgar Square littered with pigeons. So that makes us think: why do pigeons thrive so well in urban areas? Catch-it Pest Control are here to answer that question. Read on to find out why pigeons love London and other heavily populated cities.
Urban areas that are densely populated are not the nicest for most birds, but for the pigeon they are perfect. This is why so many London home and business owners invest in our pigeon pest control. Pigeon nest removal is important to us as pest controllers to keep the London pigeon popular down.
Feral pigeon control is very much needed in urban areas because of how pigeons are attracted to them. When you think about birds, you think of trees and forests – feathered little creatures perching on a branch. In fact, most birds need the trees and space that is untouched by human hands, something you can’t find in an urban area.
Pigeons thrive in these areas because they don’t need trees. It may seem strange to think about those grey pigeons bobbing around on the pavement have a natural habitat, but they do. The pigeon is a descendent of the rock dove, and they all originally flocked and roosted on cliff sides. This means they prefer cliffs over trees as a species, which significantly impacts where they want to live. Pigeons prefer flat surfaces because it’s easier to preen and conduct their mating dances than if they were on a branch.
You may think that pigeons are living in the cities because they love human food. Who hasn’t seen a pigeon attacking a discarded chip on the pavement? But this isn’t necessarily the case. They’re living in the urban areas because nothing is stopping them from making a home there. Finding food is a secondary thought. The first thing they want to do is find an environment they can thrive in, manoeuvre around and be safe from predators. For pigeons, this is the city. And if they get a great meal too, that’s even better.
Catch-it Pest Control offer business contracts for commercial pest control in the London area. This includes pigeon control methods such as bird spikes and netting to keep pigeons out of your business. Get in touch with us today to find out more about pigeon control in the London area.
Share: