HomeBlogUncategorizedThe Strangest Facts About Ants That You Will...
August 30, 2018 0 0 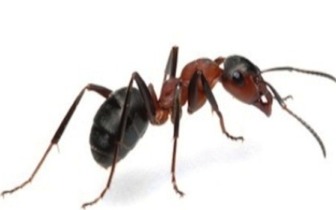 Ants are very cool creatures. While most of us practice ant control in our homes, ants are actually fascinating. They’ve been around since the dinosaurs roamed the earth, and can be found on almost every continent. Ants live in colonies where everyone has a role. These colonies have underground tunnels and chambers.
And did you know that ants can be strange too? Here are some of the strangest facts about ants that you will ever read! For professional ant control, remember to get in touch with Catch-it Pest Control.
• Army ants can stitch up wounds. Army ants have a very strong bite, and once they do bite they don’t let go. If you have a wound and you let an army ant bite you, the wound will temporarily close. The bleeding will stop and eventually the wound will permanently heal. People in South America and Africa have been using army ants in place of stitches for centuries.
• Some ants can farm. Apart from humans, ants are the only other species that know how to farm. Some species of ants will nurture and grow fungi so they have a constant food supply. Others will raise and feed aphids or caterpillars so they have livestock to eat.
• Ants can be slave makers. Several species of ants raid the nests of others, and steal their pupae. Back in their nest, they care for the pupae who are then raised as slaves to find food for the master ants.
• If the queen ant dies, the whole colony dies too. In most ant colonies, unlike bees, when the queen dies the entire colony will eventually fie off. All the ants in a colony are females, but only the queen can lay eggs. After she dies, no one can take her place so no new members of the colony are added.
• Ants can lift up 50 times their own body weight. Ants are incredibly strong. Most can carry up to 50 times their own body weight. This is because they are incredibly light and have a lot of muscles, so can carry very heavy loads.
• The biggest supercolony of ants stretches over more than 3000 miles. Argentine ants don’t start off new colonies from scratch. They just branch off from the main colony. This is why supercolonies form, and one of them in southern Europe is huge.
Share:

Travel Tips Use These Top Tips To Prevent Bed Bugs