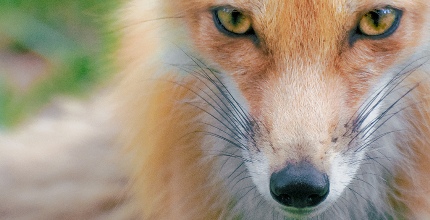 Foxes…are they friend or foe? Odds are, you are seeing them as a foe, as they are some of the biggest pests in London. No wonder people think in terms of fox pest control in London, seeing as there are so many of them around the busy city. That being said, these pests are fascinating animals, and you’ve had to have thought about them as intriguing at least once in your life, right? Here are eight great facts that will satisfy your curiosity:

Once they grow out of the baby stage and go off on their own, foxes are solitary creatures,despite being part of the canine family. Other than mating and bringing food to the cubs, foxes live alone.

They are similar to cats

Both physiologically and in attitude, foxes have many similarities to cats. This includes the fact that they can retract their claws, and the shape of the pupils in their eyes. Additionally, both cats and foxes are excellent hunters and stay quiet on the prowl.

Researchers agree that foxes make excellent parents. Both mother and father are attentive parents to their young, and will care for them with great loyalty and love until they leave the den to start their own lives.

Long after they grow up, foxes love to play. They dig in the dirt and snow – yes, to hunt, but also in play – they chase balls, and occasionally will play with one anther.

Foxes will eat anything

Foxes are the opposite of fussy when it comes to eating. They live off of insects, small prey, berries and, in urban settings, rubbish that we put out.

Foxes hide their food if they get full

Like many animals,foxes will eat their fill and then stash the leftover food for when they get hungry. Most times, they remember where they buried it, too.

Foxes are hunted due to their fur

Foxes are hunted by people in some parts of the world due to their gorgeous fur. It is expensive and loved among the posh and those who love to make animal fur accessories.

There are many kinds of foxes

Many different kinds of foxes exist in most parts of the world including the red fox, the arctic fox, the grey fox and Darwin’s fox.

Foxes may be pests,and most home owners are keen on getting rid of foxes, especially in urban locations where there are loads of them waiting to get into our rubbish, but they are incredible creatures that have all sorts of traits and intriguing bits of their personalities that make them impressive,even to the angry home owner who has to clean up after them.