10 Home Remedies For Getting Rid Of Rats

HomeBlogUncategorized10 Home Remedies For Getting Rid Of Rats
January 29, 2018 0 0 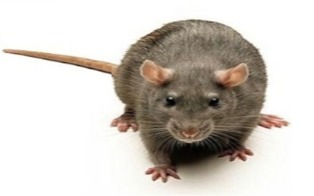 Home remedies for getting rid of rats are a something a lot of people are looking for.  People want to try and handle a rat problem with DIY pest control first.  Here are some DIY rat treatments and natural remedies from around the web for rats. Feel free to give them a try, and if nothing works we are always here to step in and help…
Crushed pepper is claimed to be a natural remedy for rats.  Spread crushed pepper around the places where you have seen rats.  Rats can’t breathe when they get around the smell of pepper and hopefully they will leave.
Owl feathers are purported to work as a great way to scare rats away.  Owls are one of the biggest predators for rats and as such, they know to stay away from even the smell of them.
Another predator of the rat are snakes.  Placing plastic snakes around the area of a rat’s habitat will scare them away.  You can also use snake skins and droppings.
Noise is another possible way to keep rats away.  Ultrasonic noises hurt these pests ears.  Using a pest away noise box sometimes keep rats away, although often they don’t work.  Be aware that some pets may also be affected by these sounds.
The smell of onions can be effective in keeping rats away too.  Cut up onion slices and place them near where your rodent problem is most prevalent.  Replace the onions regularly so the smell is maximised.
Removing items that attract rats is an effective DIY pest control.  Rubbish, food, and other such debris can bring rats to your house.  They will continue to return until their food source is removed.
Mothballs are said to repel rats just as readily as they will moths.  It is advised that you don’t touch the mothballs as that will transfer oils and reduce the effectiveness of the balls.
You may have heard that bay leaves attract rodents but they are also alleged to kill the rodents.  The internal system of rats apparently does not support them eating bay leaves and results in death.
Instant mashed potato is another food that rats react poorly to.  Upon eating the unprepared instant mashed potato, the rat’s stomach expands.  Eventually bloating is claimed to kill them.
Using a trap will help you to catch a rat and then dispose of it.  Humane traps are available that leave rats alive.  This DIY rat treatment allows you to leave the rat unharmed when you are done.  Premade traps are available at a variety of shops. However, having them professionally baited and laid is best. Remember that rats can nest anywhere from your loft to your garden.
Share: