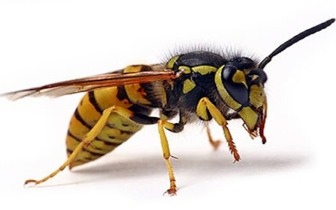 Though you may not like to think about them that often, there are many interesting things that you should know about wasps. They are fascinating creatures that have many unique characteristics that make them the way they are. While no one wants to be stung by one or, worse, get stung by multiple wasps at the same time, there are quite a few fascinating things that you should know about wasps.
1.Wasps make their nests from mud and sticks
Bees build their nests from wax, whereas wasps build theirs from mud and sticks. There is no honey component for wasps.
2.Only female wasps can sting
Females are the only ones who have stingers, so their job is to protect the nest. If you get stung by wasps, it means you’ve gotten close to a nest, or you’ve simply aggravated one.
3.Wasps will not swarm you
Hornets and bees may swarm around you as well as each other when flying in groups, but wasps will not.
4.If a wasp stings you and dies as a result of its attempt to attack, it releases a pheromone calling for help.
This is why you are more likely to get stung by multiple wasps if you swat one when you’re near a nest. The wasps will all come out to defend the nest due to the signal from their fellow wasp.
5.The only wasps that survive the winter are the new queens
All of the rest die over the winter.
6.Wasps can have up to 10,000 in a nest
Talk about crowded, right?  Also, it’ll be painful if they all come out to attack you.
7.Wasps eat dead insects
Although they eat fruits as well, wasps will eat dead insects as the protein portion of their limited diet.
8.Wasps feed their young dead insect larvae
This is the meat that their young need in order to mature and learn how to hunt.
9.Wasps head to their nests at night
Wasps will head to their nests at night and remain quiet and still overnight. This is good for those who are looking to take down a nest from their garden.
10.Wasps are sensitive to light
Wasps need light to survive, and are very sensitive to its changes.
While these facts will not make you more comfortable with the creatures, and any less likely to hire a good wasp pest control company should you need to, you have to admit that you never knew there was this much to them, did you?
Share: